On to the next thing/


So we've pretty much done our bit for ComedyPort, but it's not over by any means necessary! Tonight we're off to see the amazing New Art Club performing their best bits in Big Bag Of Boom at the Riverfront Theatre. If you can catch it, I would strongly recommend it as I have heard only good things about New Art Club. Then on Saturday there is the Inbetweeners/School drop out/Nerd-o-rama closing party which will take place comedy ports very own space craft @ 21-22 John Frost Sq (where Josh Widicome visited late last night apparently... Space pervert) so get involved!

This blog is not about ComedyPort however. It's about our next venture in little over a week...


Judges Lodging is an old Victorian mansion in the heart of a quiet Mid Wales town, Prestiegne, Powys.

We are taking over the building for one week to create a piece of immersive, Halloween spooktacular, theatrical experience based on the work of Edgar Allan Poe!

Here are some photo's of the atmospheric rooms of the Judge's Lodging.

The space lends it's self perfectly to some late night, literary scarism! We met with our actors last night at the Riverfront and ironed out some creases, now we're currently constructing 2ft stilts, buying venetian masks, exploring how to decapitate a live human being, and practicing our "dying of a broken skull" routines.

"If you've not seen much of Tin Sheds work, I strongly suggest you catch Mr Edgar Allan Poe's Terrifying Tales, not only terrifying but beautifully interpreted, it's difficult to do something utterly new with such a familiar text" Shropshire Fringe Review


This has become a bit more of a sales pitch, rather than a blog.

Come and see it!

WHAT A BLOODY START!


Newport City sees it's, once little known of comedy festival,ComedyPort return... And what a triumphant return it's been!


Choosing to program more "Fringe" style performers and giving them entirely free reign of the U.R.B.A.N Empty Shop in John Frost Sq, Newport may seem like a high risk strategy from a still very much emerging festival, but the two nights we have spent in that building have been immensely successful!


Audience numbers seem to have more than doubled in little over a year and a thick buzz that can be spidey-sensed in the air can almost be cut with a chainsaw! For our opening party we kitted out the unit to resemble the inside of a rocket ship. It seemed appropriate as we we're "launching" (pun most definitely intended) the festival.

The combination of U.R.B.A.N (Unused Retail Buildings for Arts in Newport) and ComedyPort 2011 has seen an interesting concoction emerge. There's a place for almost un-heard of/less mainstream acts like us to explore and experience, with a provision of main stream names delivered by the Riverfront.


LaunchPad was our personally curated opening party for which we programmed 6 amazing acts: improvisors Ludus Ludius, comedian Dan Rowley, singer song writer/character creator Francesca Dimech, musical extrodinaries Elvis Preseli and the Undertakers, comedian Geraint Dafydd Evans & man of casual danger Dangerous Ryan you can check them all out on the links provided at the bottom of this blog. 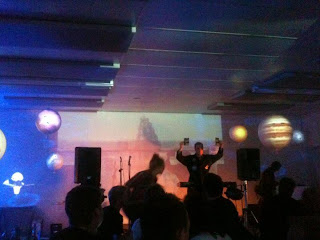 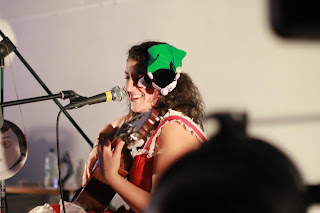 Francesca Dimech with Vlad the Impaler! 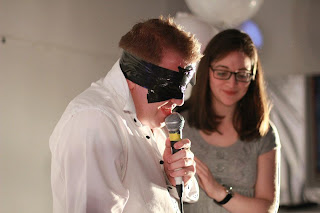 Dangerous Ryan being Dangerous as fuck! 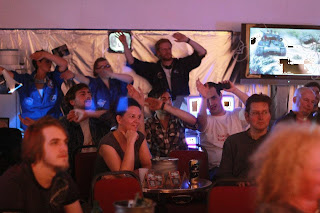 Three people experiencing altitude sway, the others held in place by gravity. 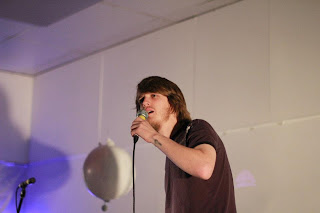 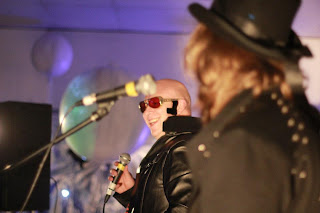 The Life and Times of Albert Lymes

So last night saw the same space inhabited for a short fleeting time by the man himself - Mr Albert Lymes!

"Wowsers. A nice room full of a nice audience was nice. Nice is a word that's too readily used in modern conversational l description, but I think in the three aforementioned instances it's use is perfectly justified. But for any who came who reads this blog. THANK YOU SO SO MUCH! I had an absolute blast!" Albert Lymes 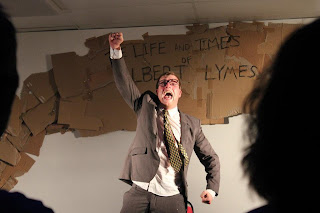 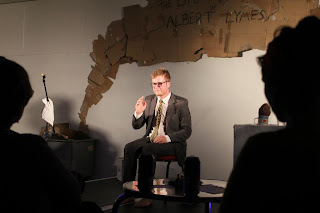 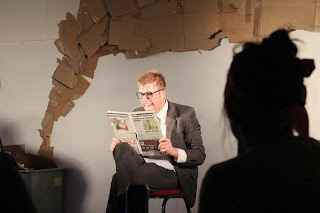 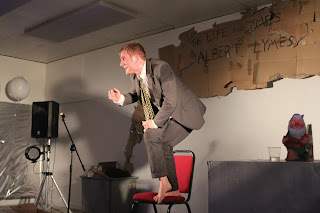 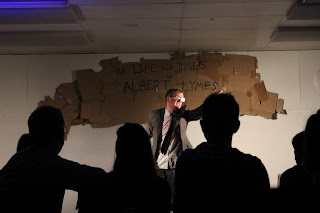 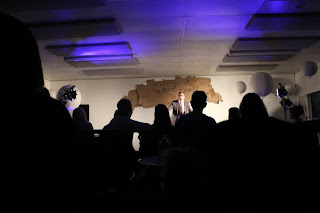 Keep up with all things Comedy Port whilst you can, or suffer the consequences - Waiting a whole year to have the opportunity again!!!