The Victorian Freakshow and Frankenstien 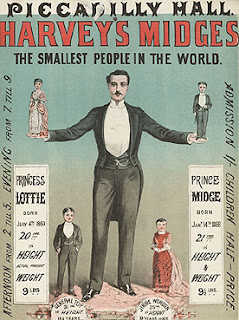 Whether you're delighted or outraged by the idea of "The Victorian Freakshow" it happened, and it'd be difficult to argue that it wasn't a fascinating (if not damning) part of British history, and also presents an interesting vehicle as far as "performance" and "live art" are concerned.


It's a topic that I've recently become very interested in, so much so we are currently researching it for a performance pitch which Tin Shed Theatre Co. have to make in Brighton next week for a one hour slot on the Hendricks Horseless Carriage of Curiosities as part of the Brighton Fringe Festival.
We first created and performed Mr Edgar Allan Poe's Terrifying Tales for Hendrick's earlier this year, and now we've been invited back to pitch again. The theme is still based on classic literature, and for this we've chosen Mary Shelly's Frankenstein... With a twist. We're creating Frankenstein as a play within a play and using the idea of the Victorian Freak Show as a vehicle for this. 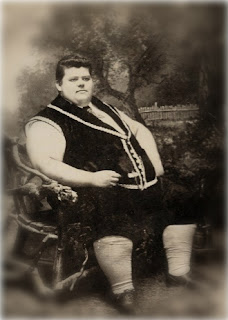 The Freak Show, for me, embodies two things, macabre performance art and pure human curiosity. In today's society the freak show as a form of entertainment would seem quite sickening and shocking, the term freak it's self would be frowned upon, but has it really gone away?! Embaressing Bodies anyone???

Not only does the Victorian Freak Show present plentiful characters for inspiration but it's got such a rich array of awesomely Steam-Punkish, retro iconography which lends it's self superbly to what we want to create, and the prospect of re-telling the story of Frankenstein in this guise is very exciting. So this is the start of something (potentially, if we get the go ahead from Damian Barr at Hendricks that is!) exciting.

Now I just need to finish reading Frankenstein, that shouldn't be on the back burner at all really! Ha! 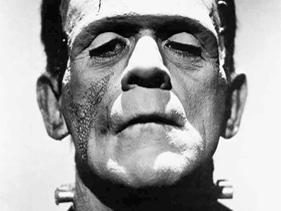