It's taken me a while to shake away the dust of 2013, minute particles of it laid guiltily and gently on my shoulders like time-travelling ghost dandruff, and after consuming (what must be) three times my body weight in Christmas Deli over the Festive Season, I have finally (seven days in to the new year) managed to shake away the dust, get back to work and jog a bit.

It's safe to say we started this year with some ruddy great news.

We've been nominated for Best Ensemble in Theatre Critics of Wales Awards with Dr Frankenstein's Travelling Freak Show, which is exciting, gratifying and humbling all in the same moment. We're in the same category as people we really admire like Cardiff based, Gagglebabble who are up for their show The Bloody Ballad, as well as the awesome NoFitState with Bianco. I found myself saying "Oh I hope they win, that'd be great" before having to stop and think "Maybe I should hope we win for the sake of… Umm… Us." But hey, here comes that typical crane of dialogue "We're pleased to just be nominated" and that's true.

Anyway, I'd like to propose a challenge to you who be reading this blog.

Skill Exchange 2014. Or as it's being called on social media (by me and only me right now)  #SkillExchange2014.

Simple concept. You have a skill someone might want to learn, they have a skill they can teach you in return.

I want to learn how to unicycle.

Skills I can exchange: Video Editing, Photoshop/Graphic Design, Intermediate Guitar, Performance Technique, How To Look After Goldfish, Juggling 3balls, (but I assume if you can ride a unicycle you can juggle), Juggling Clubs 3 (I repeat), Stop Motion Animation, Plasticine Modelling, Cartoon Drawing, Basketball and that is about it.

In these harsh economical times it's clear we need more free stuff and more friends, exchanging some skills will help with this I recon. 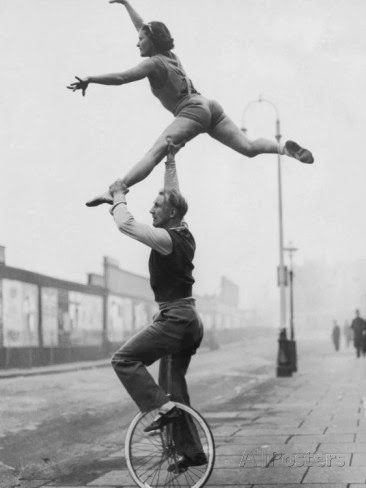