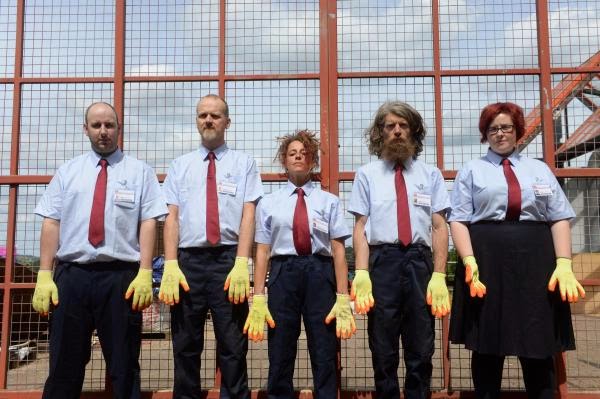 Last night we went to see Mr & Mrs Clark with BOSCH and other collaborators, present SMASH IT UP, a work in progress at The Riverfront Theatre, Newport.

We had little to no idea what to expect.

I knew the piece was about the destruction of art, and was in some way inspired by local acts of destruction, but I had no idea what the piece would be.

SMASH IT UP has to be seen. Not to be believed, not to admire it's amazing performance language, not even for it's central themes that threads together something very current and something very new, not because of it's solid digital element or because of the guniune risks of injury taken by it's performers, but because this was one of those rare pieces of theatre where you truly feel the three performers presenting the work to you are void of ego and full of honesty and this beautifully convulsive mixture of contempt, anger, opinion, passion and hope.

The piece raised many questions and challenged my ideas of whats acceptable, all with a sense of humour and a hammer in hand. It asked the audience to take part in acts of destruction, then danced in the shattered remains, it played pre-recorded-video of these three performers standing up for what they believe and facing the very real consequences of those actions. It simultaneously destroyed art and made art that looks like violence and beauty dancing together.

Steve from BOSCH (who isn't typically a performer), gave the piece a greater feeling of inclusion and re-enforced the idea that if you're moved to do something, you can and should do do it, and do it with a genuine impulse. All three performers totally rocked it, playing these characters that were a mix of authority, pointlessness, security, soap-box and hopelessness. 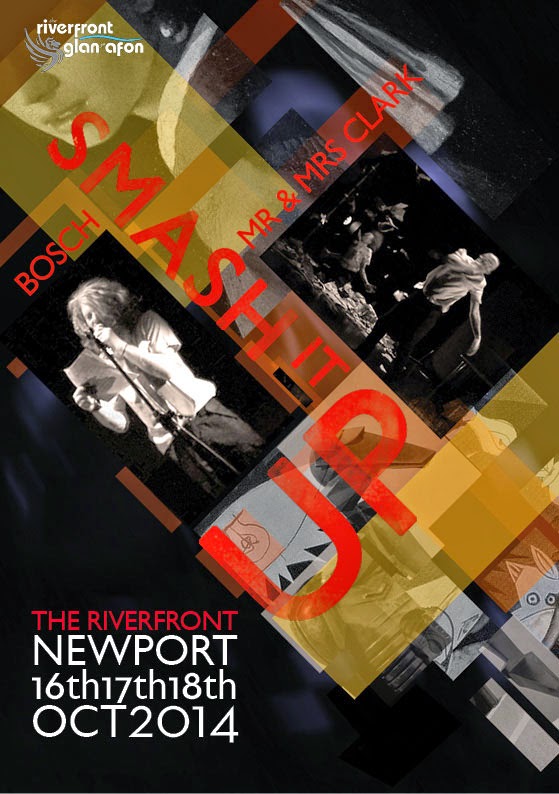 SMASH IT UP is an important piece of theatre for Newport, but it's central theme and idea has to be relatable anywhere there is private power. It makes a statement about our lives, our government and our principles.

It's not often I implore, but these themes and topics are tackled with such glorious guts, with such anger and courage by people who feel so genuinely about something, and so are DOING something about it. I must implore you to see this show.

This piece of art has been spawned from the destruction of another, and while that feels intentional at the start of the piece we're told NOTHING IS PERMANENT, including the performance it's self.

SMASH IT UP is a work in progress that will hopefully return with fully feathered wings, but for now it's got two more nights at The Riverfront Theatre, Newport.

Tickets for Saturday are apparently nearly all gone, but tonight there are some up for grabs.

I mean it, GET AND SEE THIS SHOW, it's important, and it's f**king awesome.

(All opinions in this blog are my own)

Tin Shed Theatre Co. are currently building a pop-up theatre venue in the upstairs of The Project Space (Twitter: @Project_Space_) for our event TRASH (Twitter: @Trash_Newport) for ComedyPort (Twitter: @PortComedyFest) and it is looking awesome! 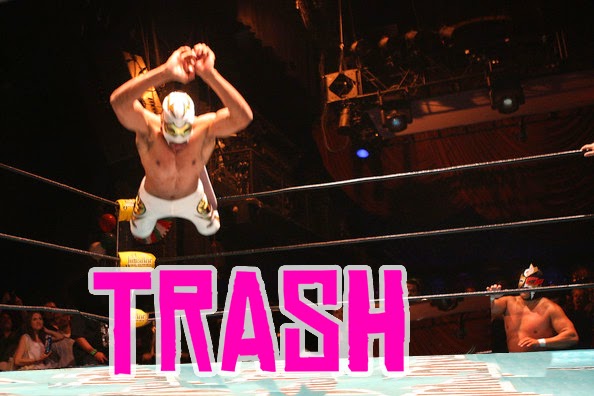 For the past 2 years we have hosted and event called LaunchPad by securing Arts Council Wales funding, and we have had an awesome time building and running these venues which open their doors and their stage floors to anyone who considers their work funny and wants an opportunity to try it out in front of a live audience. Every year the event grows, the audiences get bigger, and we have an absolutely awesome party.

We love hosting these events, because we can open the doors for free, which means audiences pay only for what they drink and eat. This is something we feel strongly about promoting in Newport and we hope people view it as a small crusty jewell in Newport's Annual Art Offerings. 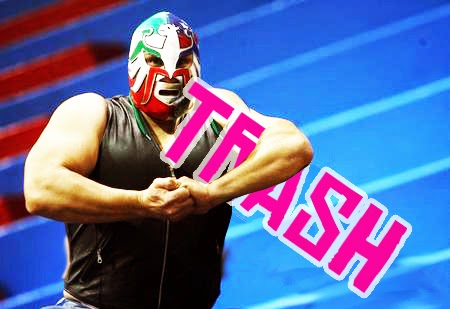 But here's the thing. Rarely do we ever provoke attendance from Cardiff based folk, and in no way is this me saying I don't love our home-grown Newport audience, but we feel the event we host is rich and different and is a damn good time, and is representative of loads of stuff that happens in Newport that'd rarely attended by 'OutSiders'. We'd love to share what we do with the larger South Wales Community.

So, this is an invitation to you, Cardiff, and Swansea, and Bristol and Timbucktoo. We ask you to spend £5 on your trains, and have even got you seem train times to plan your departure homeward after our event on Saturday the 11th. Because as we say, No Train, No Gain. 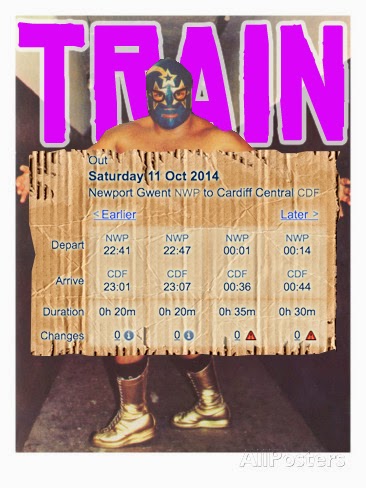 Won't you come and play in Newport?

Here's some more of whats going on over the coming week: 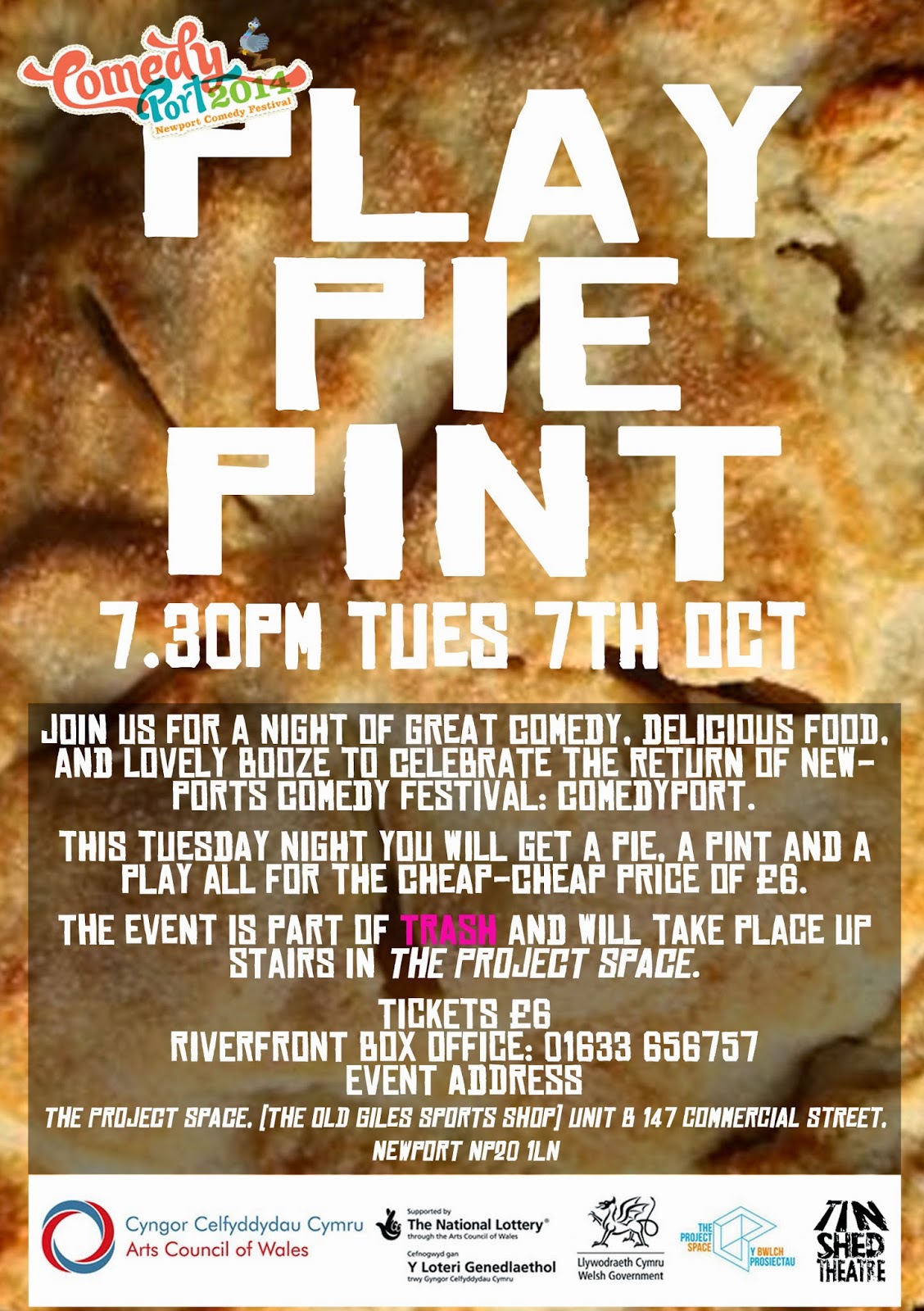 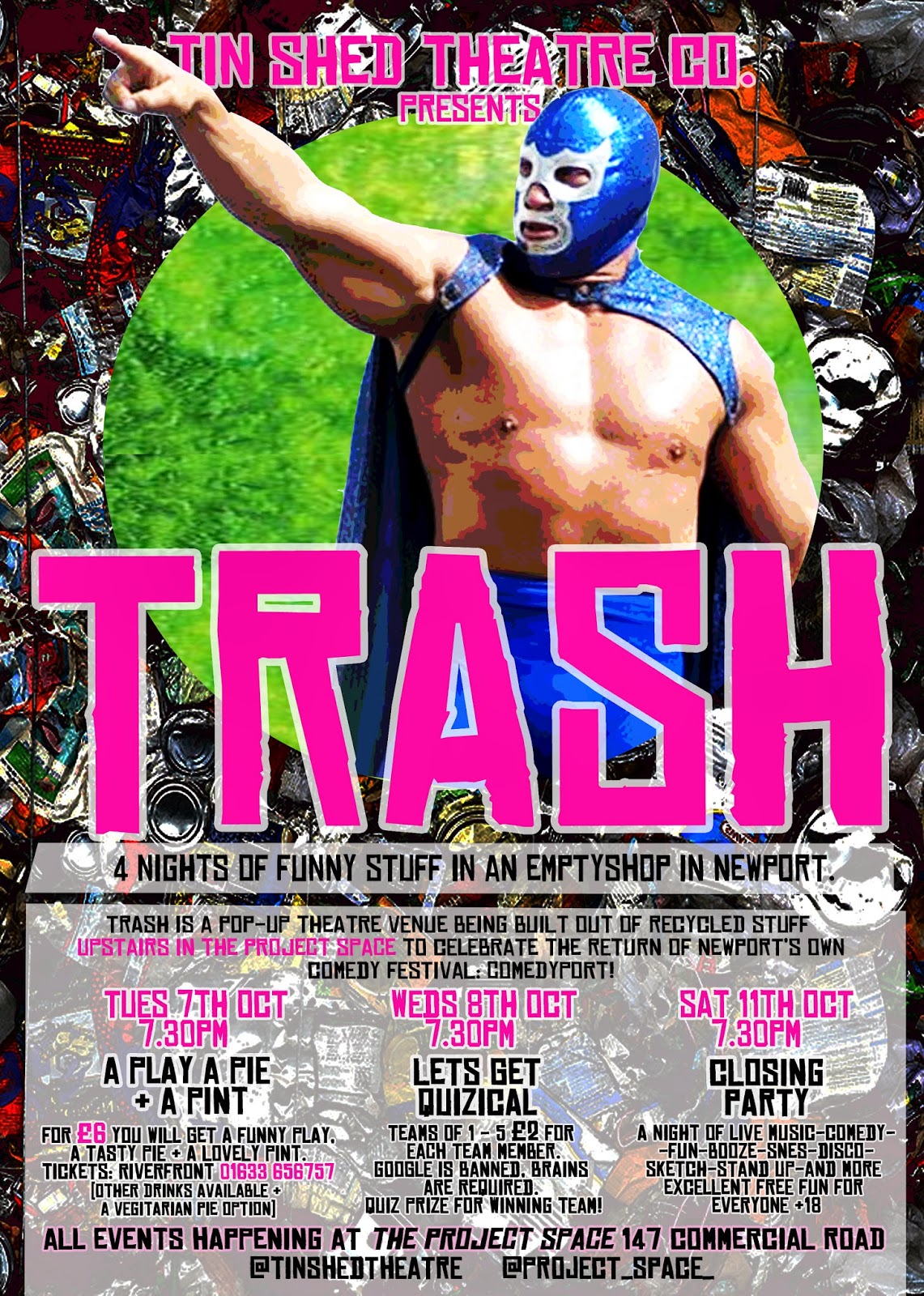