A week from today (it's Saturday 29th of November right now by the way) we'll be waking up with hangovers having performed the very last Dr Frankenstein's Travelling Freak Show at Barnabas Arts House and celebrated Antonio's bright new future.

We would love nothing more than for you to be there, who ever you are.

If you're a fan of our work, a fan of the show, or someone looking for something to do on a Friday night then get along to Barnabas Arts House, Newport at 8.00pm Friday 5th December and join us for the last performance and the first "goodbye company member" party.

Tickets cost £3 (with an additional booking fee) and the link to buy is here: https://www.eventbrite.co.uk/e/dr-frankensteins-travelling-freak-show-at-barnabas-arts-house-tickets-14391235573?aff=eac2&show_onboarding=1&internal_ref=login


In tribute to the show I thought I'd collect all the bits of video theres ever been for you to have a gander at.

It's sad news, but it does present the opportunity for celebration.

Having worked solidly for the past 5 years as part of Tin Shed Theatre Co. we have had some amazing experiences and we'd like to celebrate one of our greatest experiences with who ever would like to do the same.
We want to perform Dr Frankenstein's Travelling Freak Show, one last time. 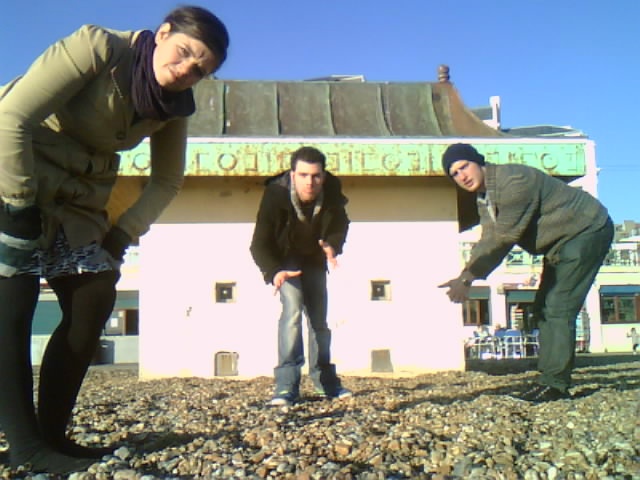 Since the shows conception in 2011, it has had one hell of a ride. From it's early idea pitch in the Marlborough Theatre in Brighton, to it's first performance on the 100 year old stage at Barnabas Arts House it went on tour nationally and internationally achieving great success. 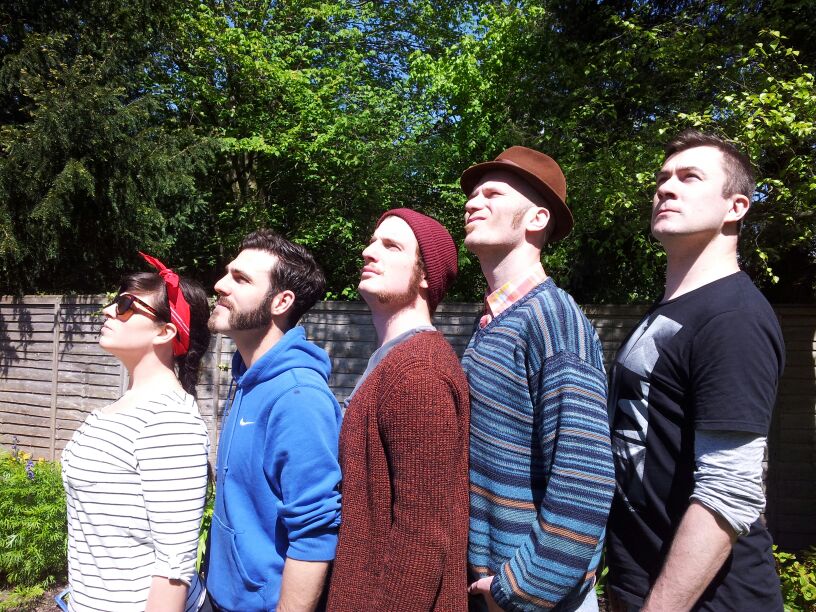 We've had three different and  brilliant monsters, worked with the amazing 7 piece band that INC.A, we met Leah Crystal John who helped create the monster, we worked with old friends again, and made so many new friends and connections. We encountered some incredible and wonderful people and performed in some amazing places. We've been all over the country from Manchester to Brighton, and visited festivals all over the world from America and Edinburgh. We've performed in empty shops, bars, a church, an enormous broadway theatre, inside festival tents, on the streets, in university's, in a nightclub, in an old beer cellar and on the roof of a 6 storey building under a beautiful evening sky. It's been a fun filled, hellish, painful, adrenaline fuelled, awesomely amazing and inspiring experience. 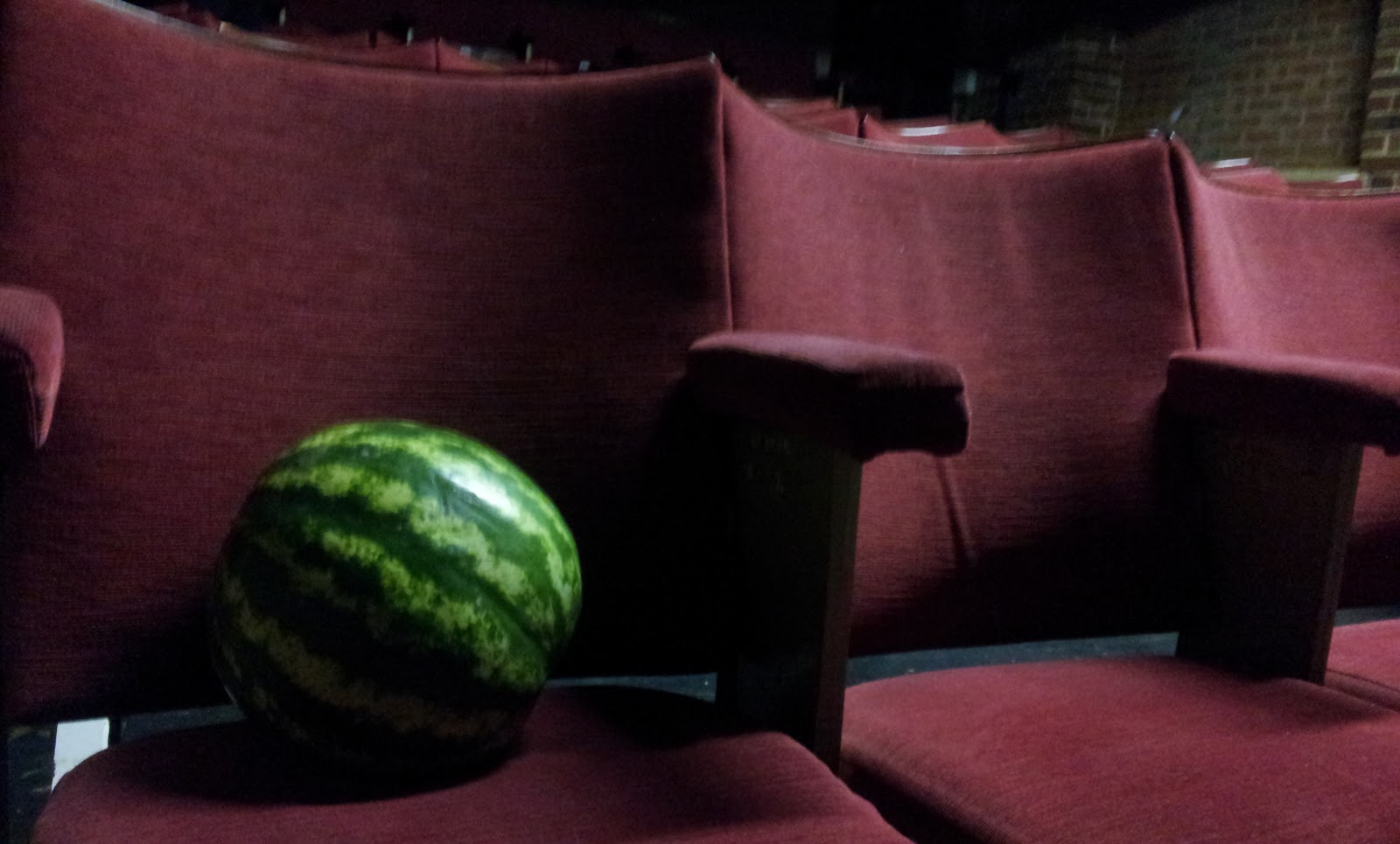 We're performing Dr Frankenstein's Travelling Freak Show one final time in the first place it was ever publicly performed, Barnabas Arts House, Newport and we want you to come. 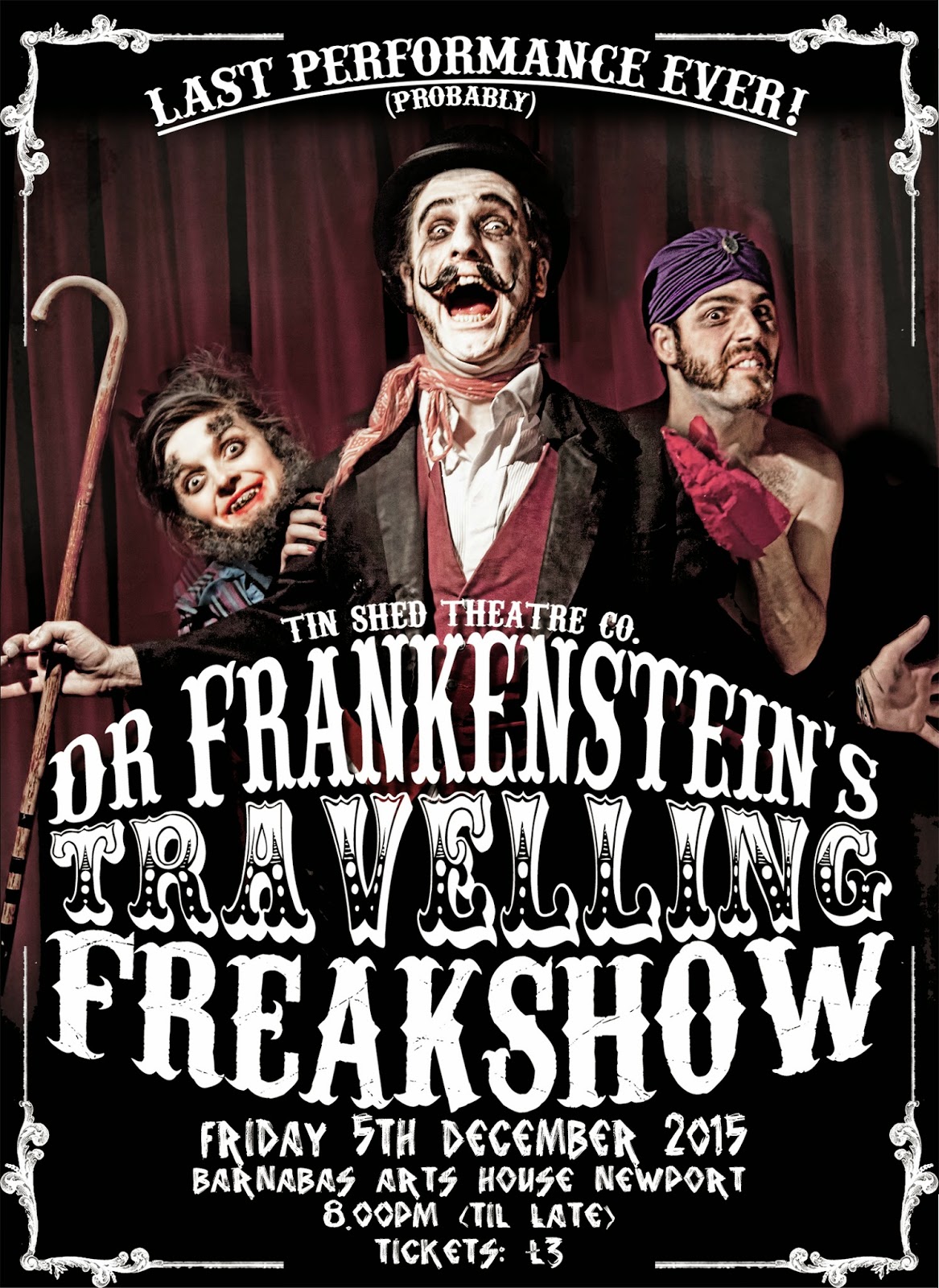 There are 60 tickets available and they cost £3 (just to ensure we can cover venue hire)
For Tickets click here: TICKETS

The tickets will not be on general release and this showing won't be advertised very widely. We're hoping friends, colleagues and anyone who wants to connect with our work or celebrate this moment with us.

Afterwards we will be ceremonially burning the set and popping some champagne as a fond farewell to the best dude we know.

We hope you can come. 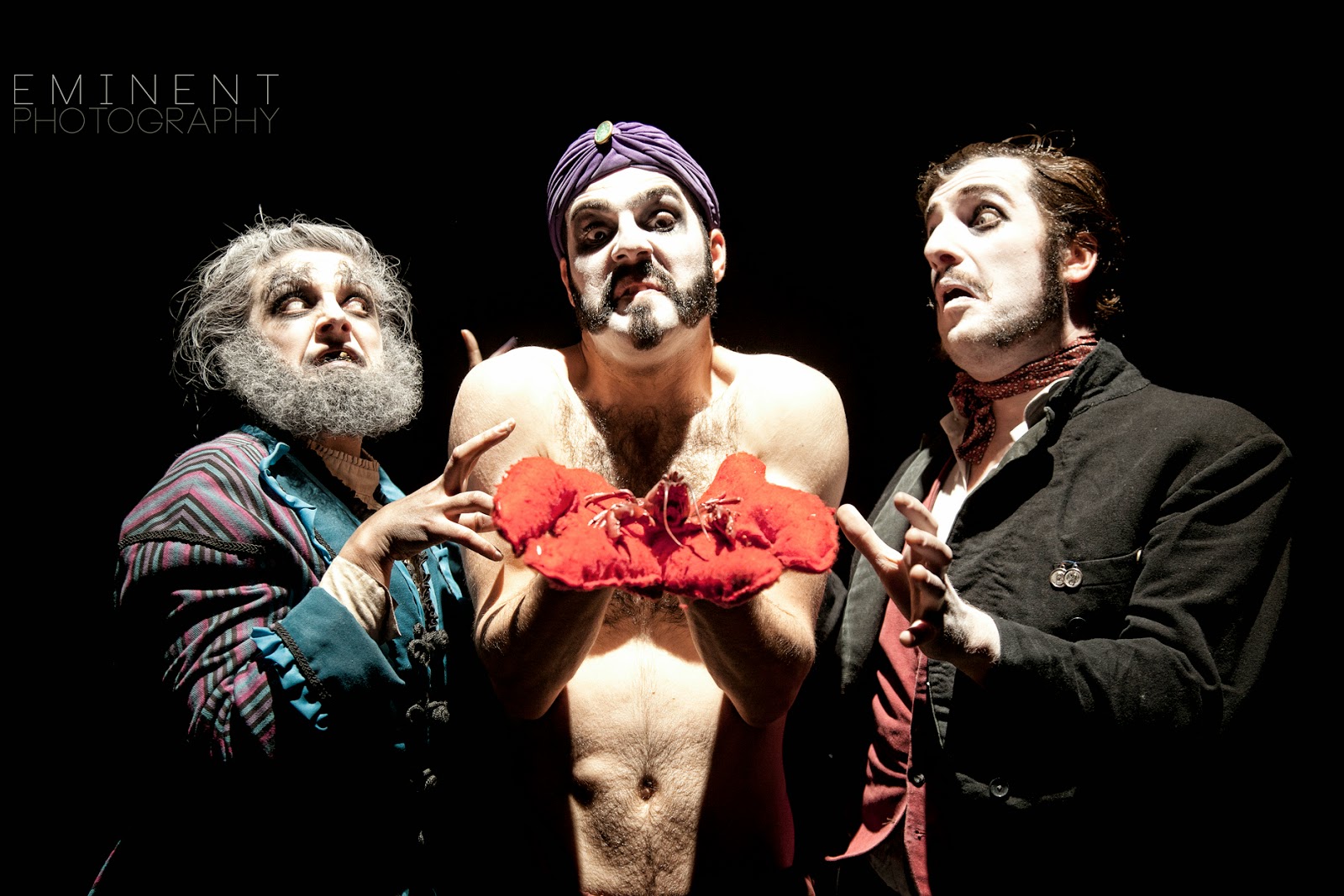 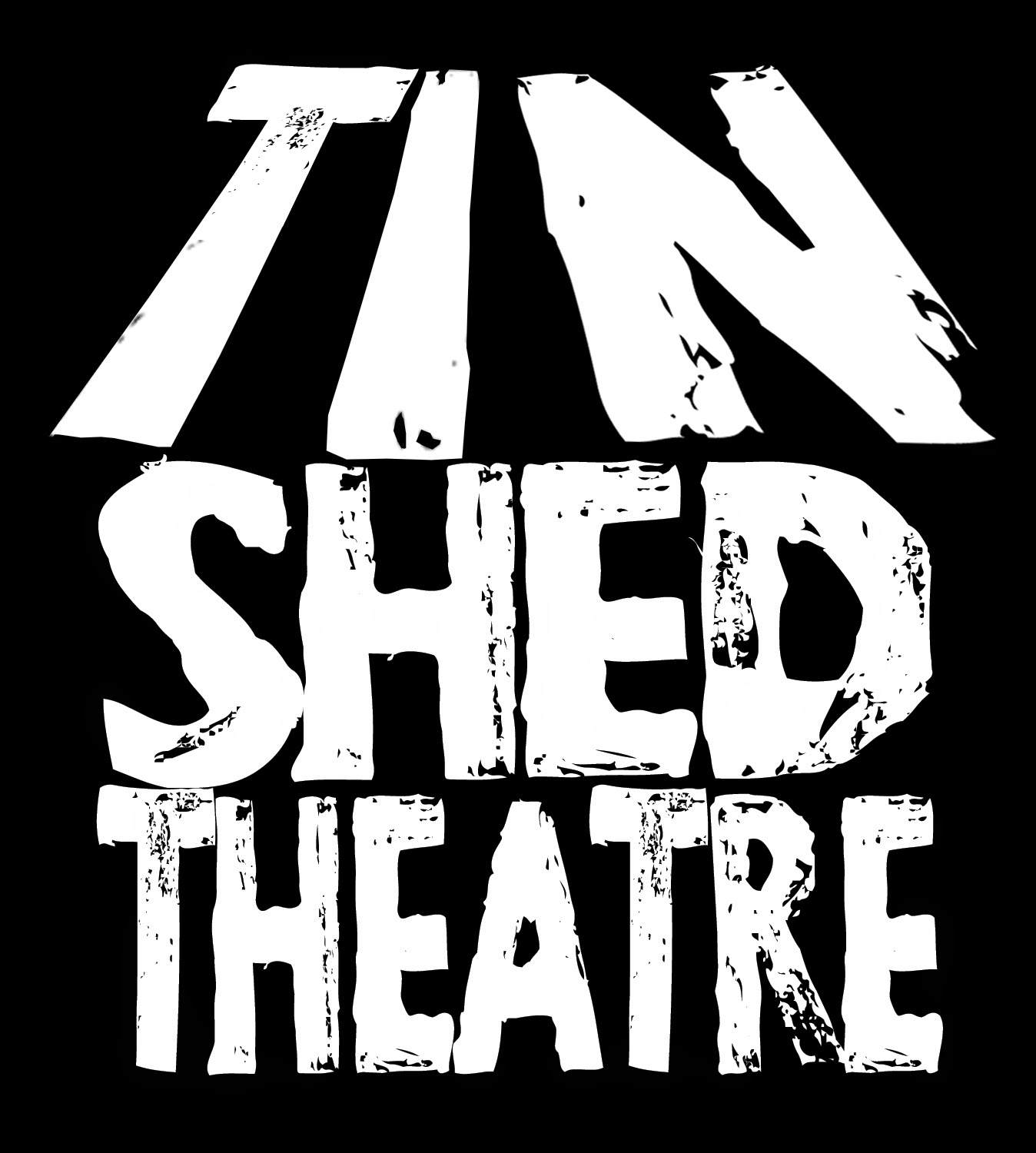 October is always a busy one for us.

It's seems as though it's become part of our deal as a company to contribute in some way to ComedyPort, Newport's Annual Comedy Festival, and then two weeks later to create an immersive horror experience in an unusual space.

This year for ComedyPort we took a step back from our usual offering of Launchpad, a project which has in previous years benefited from Arts Council Wales funding, and sees us transforming an empty shop into an cartoonish immersive environment i.e Rocket Ship, Submarine, Human Brain. This year however, things came about quickly. We had very little time to prep for this event, and knew that with certain members of the company having maybe too much time booked off to travel the world a bit, it'd be a tough task to create a project as large and transformative as Launchpad has and always will be. So, with a £1000 thrown our way to make something happen, we chaotically endeavoured to make something happen. 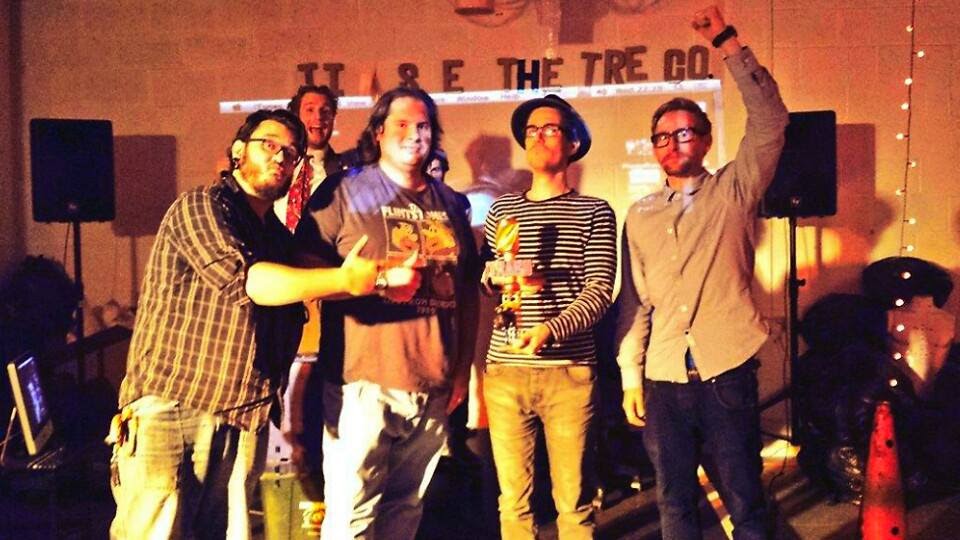 With very little budget we made the event in collaboration with The Riverfront and fine folks at The Project Space, if you're a South Wales artist of any medium who has yet to tap into the phenomenal resource that is The Project Space, then I'd strongly suggest you click here. National Theatre Wales are currently inhabiting the upstairs for their new project BOARDERGAME.

TRASH was made rather quickly and on a shoe-string, but surprisingly we saw our largest audience attendance to date. We hosted some of the best performers we've ever had, and overall we had an awesome time in our part-Rubbish part-Wrestling themed venue.

It was a thought to savour as we quickly realised that actually pouring money into something doesn't make the event richer.

TRASH in all of it's Rubbish Glory was a really fun thing to do, and we'll think more carefully about what we make next year, but will try and remember all the feedback from this event. 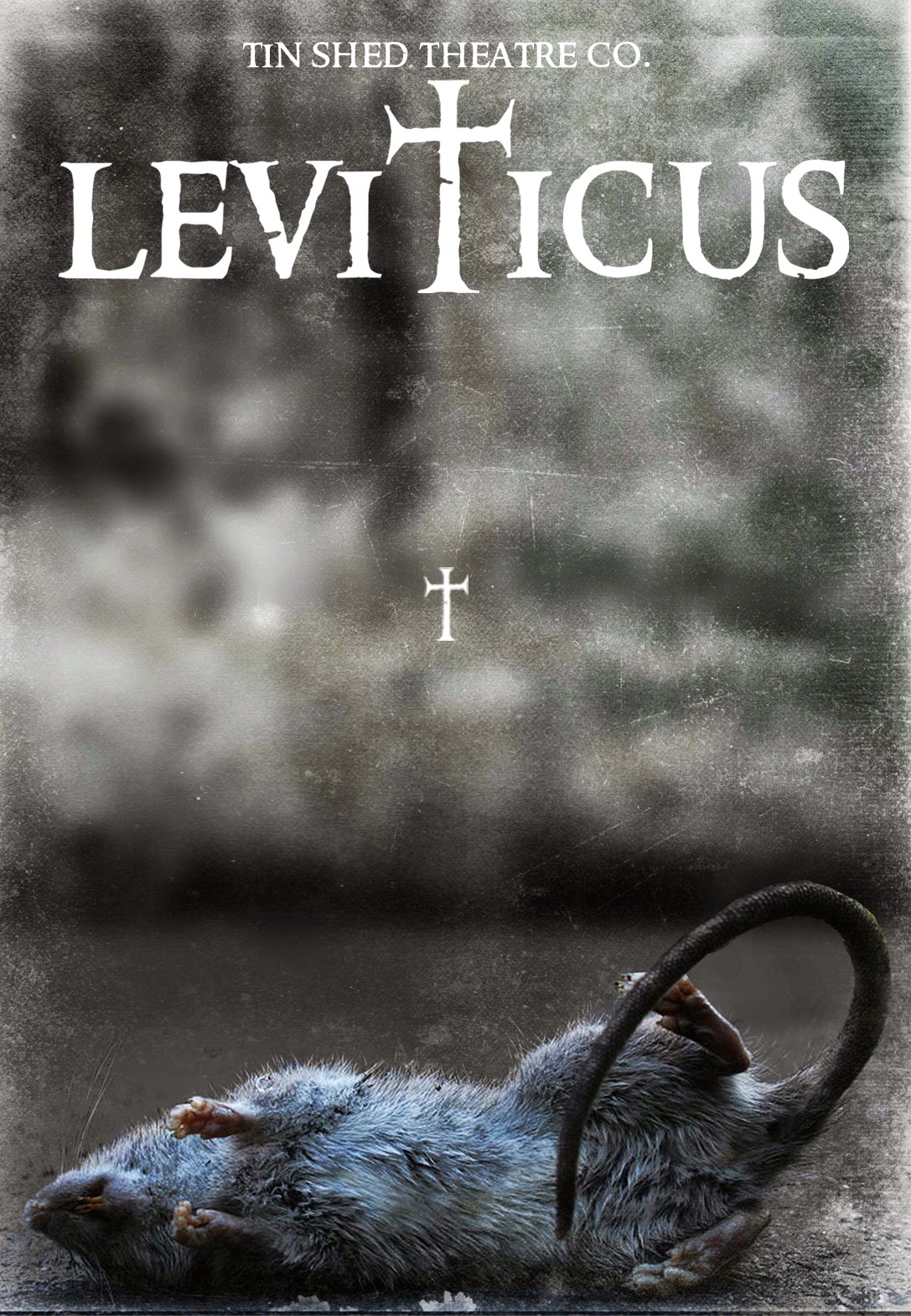 Leviticus was an entirely different beast.

A small performance piece that invited 4 audience members in to a house.

We collaborated with four South Wales based Performing Artists and Make-up Artist Leah Crystal John. Working for two weeks in the house, Antonio directed the piece with George overseeing the process and me flitting in and out sometimes uselessly. 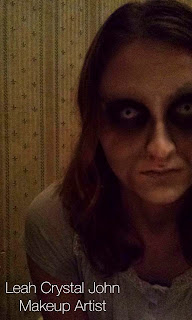 For me personally it was an amazing thing to see come together. I'd missed the first few days of development, so really had a back seat from there on in. The spirit (no pun intended) of the group was amazing, a really strong sense of collaboration in the air that made every smile and everyone work really, really hard.

You can read our Wales Arts Review article HERE.

Thank you to all the residence who welcomed us to their street. Everyone seemed really excited to know what it was we were doing and the guy across the road told us he wasn't watching his tv anymore, but he'd turned to look at the window and watch all the people leave the house screaming.

It was a beautiful happening, us and that street.

Thanks to everyone who supported the work and anyone who came to see it.